No, that player didn’t steal your jackpot If the popular Discovery Channel series MythBusters (now streaming on Hulu) ever tackled the subject of slot machines, it would have a rich vein from which to draw subject matter.

The slot machine represents one of the most misunderstood pieces of technology to ever exist. The fact that a slot is a random device—unpredictable, unable to be manipulated by any act of its player—is a fact that many players, including savvy ones such as those who subscribe to this magazine, have a hard time comprehending.

For this reason, a collection of stubborn myths have continued to surround the slot machine and video poker games. We’ve dealt with many of them in this magazine (take a look at the VP Insider column on page 20 where we explore the most common video poker myths). A while back, for instance, I explained  why a slot machine is never “due”—that each result on a machine is completely independent  of every other result, and the simple fact of a streak of losing results, or the absence of a jackpot for a long time, does not necessarily mean that the slot will become “hot” at any time soon.

The myth of the slot that is “due” joins a host of others—some ridiculous, others believable if one does not know how a slot machine works.

Some of the most ridiculous myths retired along with the age of coins. Some people used to believe that you could affect the results that would be caused by the slot machine’s random number generator by heating coins up—they would actually use a cigarette lighter to heat them up before inserting them into the machine. Others believed cold coins would result in winners, and would keep their quarters in a cooler. (I’m serious. People actually believed this.)

Some of the ones that have survived in the age of cash-out tickets are just as silly. There are so-called “slot strategies” still being hawked that will tell you to watch for “patterns” in the reel results on a traditional three-reel game—patterns such as bars forming an “X” in the play window, for example, are supposed to mean a win is imminent, according to one pamphlet available over the Internet.

Other myths would have actually been valid in the old days, when the symbols you saw on the reels were the only results available to you. The idea was to count the symbols and spaces on each reel, and through a mathematical formula, you would be able to determine the odds of each occurring, for a general idea of what was likely to land next.

The fact of modern slot machine technology that busts both these myths is the same: the physical reel on a modern slot is nothing more than a display device. Since the mid-1980s, slot machines have used what is known in the trade as the “virtual reel” system. In a nutshell, what you see is not what you get.

The virtual reel system was created to expand the possible results beyond what the physical reels display. Programmers assign a number to each physical spot—a symbol or a blank—and then, strategically assign duplicate numbers to each spot. A high-paying symbols like a “7” may have only one or two numbers assigned to it, but a single bar or a blank may have hundreds. This way, the “reel” which the computer sees—the only one that matters—has hundreds of virtual symbols instead of the 22 spots that you can actually see.

Another long-enduring myth of the slot machine is the classic that we’ll call “He Stole My Jackpot.” A player is sitting at a slot for hours, losing. He gets up; another player sits down and lands a big win. The first player fumes that this player sat down, played a few credits and “stole” his jackpot.

This myth is busted by the nature of the random number generator.  All the numbers in a slot machine’s program are being generated in random sequence by the RNG at hundreds of numbers per second. Hundreds of thousands of possible reel combinations are whizzing by every second.

There are many other myths I could bust here, but space limits us. We’ll continue to revisit the myth subject in upcoming issues. 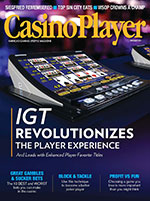 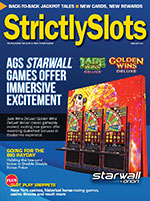